Right, so mostly yearly posts then... 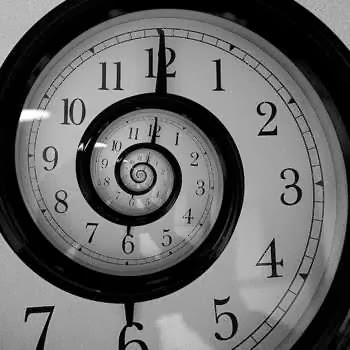 Well, this is a little embarrassing then isn't it.  It seems that I REALLY need to update more here.  Of course it's the choice of social media that I'm kinda of writing about today.  See if you do read this... and there are probably at least 2 kind folks that do... then you will notice a strong absence. That's because a lot of the time I'm posting quips up on Twitter, Vine, and/or Instagram.  You can look for HarmanGlass if you feel inclined, to follow along there.

Well, mostly because it's easier, faster, spontaneous, and (can be) a more visceral experience.  Now I know that this type of communication is not a replacement for the these types of good old fashioned conversations we have here.  To be honest, it never will be.  It is like shouting at your friends as opposed to talking to them... "Look, over there!"  There is a residual of the thought process that goes on here as a whole as well.  My life has gotten to this point of small, easily digestible chunks of time, that are spread out across different apps.  Which are in turn linked to several devices so connectivity is a constant.  Now this isn't a debate, or even a discussion, about the virtues/sins of such connectivity.  This is mostly an observation of how it's impacted my life lately and some of the ways it's changing my studio practice.

So.  With the thesis work, it was about this high degree of craftsmanship being put up for judgement by the viewer.  The video that spawned from it was mostly archival and I wasn't necessarily thinking that I was turning into some type of performance artist.  I was just tired of having this debate of Art VS. Craft, and why it always seemed that one was held at lower regard than the other.  I was angry, and frustrated.  The "debate" is the same, it seems to never change.

After the show I noticed that I was taking more pictures with my phone.  At the time it was a iPhone4 with a decent camera and an ease of use that most cameras lack.  For a then 38 year old, ease of use is important, and this is precisely why I'm put off by most modern cameras... they're too damn fancy with a lot of buttons I don't need.  Like CS6, a lot of buttons I don't need.  So a very portable camera, both stills and video, that's easy to use and syncs to my devices over wifi for instant editing if need be.  Good lord, I have become Apple's target audience.

I did notice a trend of these videos that kept clogging up my Photostream.  Now after a relatively short time.  I have just over 80 of these very short films.  So now what do I do with them?  Do I edit them together?  Keep them as the snippets of life they are?  Oh, oh!  Edit them to loop as seamless as I can manage?  Yes!  So I have this stable of images that I will be working on to expand what I do as an artist.  Images like worms crawling along the freshly rained on sidewalk to escape the water saturated soil, mating spiders, crows cawing in the Czech Republic, swirling paint water, the last time my dog rested his head on my leg to sleep before we had to put him down, these things of life that capture our interests, our sorrows, our vulnerability... which by being vulnerable makes us human.  To take the risk, to go for the bigger pay off even though the failure comes with higher stakes.  Will this work?  I have no idea to be honest, but it has become this pressing need to try.  So that's one thing.

I have continued to work on my glass.  That won't ever stop as I simply enjoy the process of it too much, however I haven't felt inspired to make any "art" with it.  At the very least trying to make art with glass lately has been down right bothersome.  So, Im going to make some pieces to have some fun.  I try to instill this ideal into my students.  "Have fun."  "If your not having fun then why are you doing it?"  Seems I need to relax a bit and take my own advice.  So I shall.  Will these works be great?  Probably not, but they will at least let me breath enough to maybe allow me to wander off to something that will be great.  You know, living the dream... instead of just dreaming it.

The other thing I've been thinking about was killing the website and moving that content here.  To be honest, I do like this type of format better... this conversational tone, even if no one answers any questions or interacts in anyway.  It's also easier for me to upkeep everything I am into and be able to write on the road as well because, well, I DO use Blogger and haven't had any problems with posting across platforms.  Again, ease of use without all the bells and whistles.