Where I'm going with this 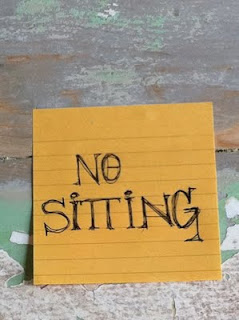 Throughout this semester, I have been a bit preoccupied with how my thesis for next year will shape up, this should give you an idea...   I have all the references in case is anyone is interested, just drop me a line.

End of the Semester

So, it's the end of the semester and a time for celebration, regrouping, and reflecting on the past year.  This first year of grad school has been a roller coaster ride of ideas, the environment at CCAD has been crucial for fostering this, and this is a good thing.  The way it's set up is good if your inclined to use it that way, as Ric said earlier in the year... "I'll give you plenty of rope, the question is are you gonna run with it? or hang yourself?"


Here are some pictures of my final piece in progress up to and including the finished install.  I'll post some other, more polished, pictures later after I've had some time to get a few different types of lights and photos of it throughout the day. 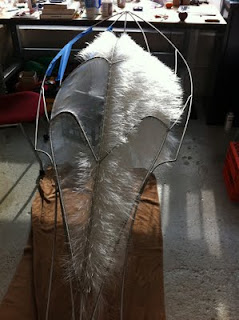 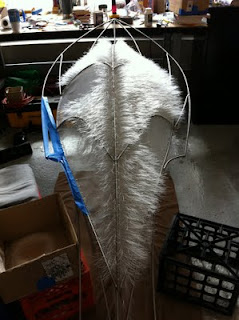 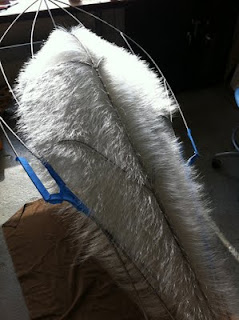 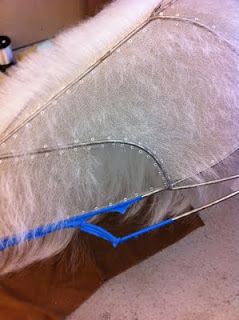 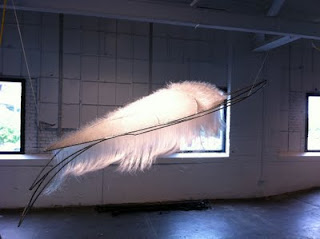 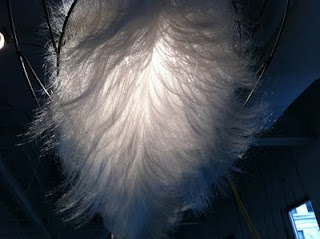 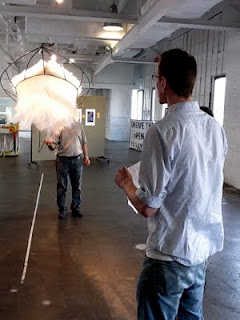 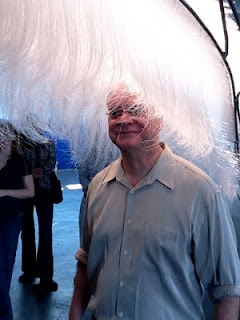 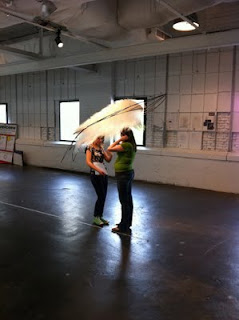 Overall, I'm pleased with how this turned out.  Using plastic as a substitute for glass really has some possibilities that are worth looking into for the future.  The only thing that bugs me is how yellow it is, that's the lighting.  I didn't want to at first, but I might just have to go plunk down $100 for two LED bulbs for a brighter, less warm light.
For those interested here's the breakdown of materials...
~2,000 yards of monofilament
~69,000 2mmX2mm crimp tubes
~10 sq. ft. of aluminum mesh
~24 ft. of steel rod
All the materials are approximated(~), as I did not keep 100% accurate records of what I  was using.
Posted by Chris at 12:00 PM No comments: