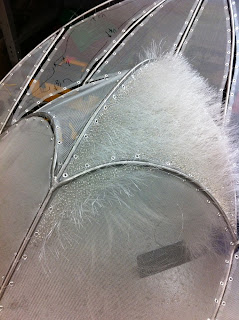 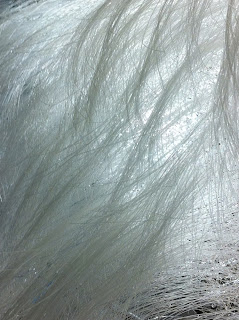 
Part of me thinks that this is a hold over from production glass blowing.  I made objects to use, to hold, there was a utility there.  A satisfaction knowing I made something that someone wanted to use physically. (I guess "true" art does the same thing to a certain extant, mentally.  However since everyone will, usually, have a unique experience with an artwork this is much harder to quantify.  A cup is a cup, there are only so many uses for it)  I think there is a way to bridge fine art and craft, at least it feels that way.  Multiples, singularities, and interactivity would all play strong roles in this type of work to harness process to inform the content and resultant forms.  On the multiples the form would be less important due to the sheer numbers I would want.  The singularities would attempt to tackle more formal aspects of glass sculpture with form, light, translucency, and/or transparency.  Interactivity can be tied directly to multiples or singularities but can be considered violent in either regard as broken glass will be the outcome.
Posted by Chris at 5:57 AM